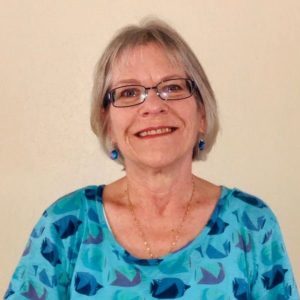 Kathy graduated from Arizona State University in 1978 with a BS in nursing and began a 23 year career in the US Army Nurse Corps.  She graduated from State University of New York/Buffalo/US Army Medical Department School of Nurse Anesthesia in 1985 with an MSN.  Kathy later taught in the graduate school of the University of Texas/USAMEDD School of Nurse Anesthesia.  She retired in Germany as the Chief of Nurse Anesthesia at US Army Landstuhl Regional Medical Center and a consultant to the Army Surgeon General in her specialty.  After retirement from the military Kathy pursued hobbies such as travel, hiking and skiing until 2006 when she moved to Big Pine Key.  Following a life on the water and volunteerism there, she moved to Key West in 2012.  There she began volunteering for various organizations such as the Tropic Cinema, Southernmost Coconut Castaways, and Old Island Restoration Foundation.
These activities fueled an interest in the effect of local, state, and national governance on the life and welfare of the community at large.  Kathy subsequently joined the Lower Keys League of Women Voters and completed the Key West Ambassador Class.  As Treasurer of the Lower Keys LWV, she hopes to make a greater contribution to advance the participation of Americans in this experiment in democracy.