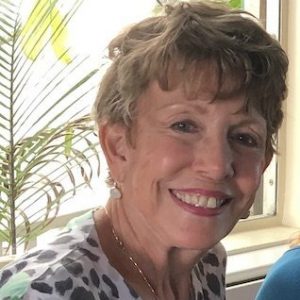 Marge moved to Key West in 2016 after spending more than 35 years in the Washington, DC, area where she worked for the Department of the Navy as a public affairs director until retirement in 2005.  She is a graduate of George Mason University with a BS in business administration and American University with an MS in public relations management, and she completed post graduate work at Harvard University and the Naval War College.  Marge also taught in the under graduate and graduate school of Communications at American University and in the graduate school at Johns Hopkins University.

Marge is involved in multiple volunteer organizations in Key West and is active in arts programs in the Lower Keys.  The League of Women Voters is her #1 priority project for the foreseeable future.